Capitalism from inside out: How the 99% can build wealth, fight crony capitalism, and restore America's promise 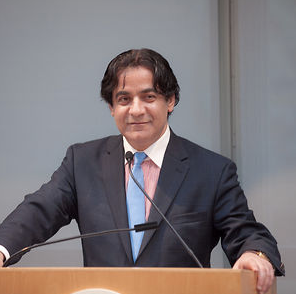 We are living in turbulent times. Between the aggressive globalization of neoliberalism politics, major shifts in economic power, widespread and frequent acts of terror, nation-swallowing debts, deep-rooted corruption and a slew of other processes tilting the delicate balance of the world system, people are finding it more difficult and stressful to succeed and prosper. Across western societies where strength and stability have been the rule, the foundation of the middle class is under siege as the sometimes subtle and often blatant redistribution of finances and economic opportunities are sent to either the one percent or scattered helter-skelter upon the waves of poor masses growing increasingly more vocal.

In the United States, we are witnessing an almost revolutionary fervor as the voices between nationalists, socialists, democrats, republicans, mainstream media, alternative media and a host of others rise, jostling to make their particular views the most recognized, creating societal ruptures. The polarization between coastal elitists, the labor force and twenty years of partisan politics has divided America. Indeed, it is becoming increasingly difficult to determine what the “truth” is—provided such a thing even exists any longer. The confusion of this trend has been compounded by the wide-eyed Millennials who are constantly “looking for a break” and screaming and crying like starved infants if what they expect is not immediately delivered, along with brooding Democrats of the Trump presidency era. These are the folks that need to wake up and become contributing adults to a society that is in vagrant decline. They need to become entrepreneurial, creating their own jobs and learning from this book new ways to make money in this new economy.

The attacks of September 11, 2001, seemed to act like a proverbial “tick on the clock” which started this whole process into motion, signaling the beginning of the major political, financial, economic and social shifts that have grown to a nearly chaotic fervor today. President George W. Bush began the wheels turning as he mandated a perpetual War on Terror that not only appears to have no end But is actually spreading from war-torn battlefields to urban cities in countries once thought to be untouchable. The large doses of funding that Bush shoveled into the ravenous Military Complexares fed with mounting conflict management siphoning resources.

The financial collapse of 2008 served to hasten the disease of crony capitalism as banks and other financial institutes where shoveled heaping helpings of fiat currency by the Bush and Obama administrations to prevent their demise. Once again, everyday citizens suffered profusely while CEOs walked away with huge tax-payer provided bonuses and the national debt doubled to $20 trillion under the eight years of “Hope and Change” politics of Barrack Obama. Indeed, there existed a massive disconnect between Wall Street and Main Street, stirred and amplified by President Obama. Stock records have been set, but they have done so based on the fluent and intangible policies of the Federal Reserve and not on the solid foundation of real jobs and the profits they produce.

The extreme changes across the board have been quite good for the top echelon who know how to analyze trends, interpret policies and ride out storms using established connections and assets. Such circles tend to benefit from the misery of the masses whom they easily and willingly fleece from their privileged positions. This fleecing has occurred by design – creating an economic system that consists of a closed, mutually advantageous relationship between business leaders and government officials. This system is known as crony capitalism and it operates no less like a well-organized mafia. The mostly unwitting and helpless 99% have no insight into trends or policies nor have buffers to whether such turbulent storms. The everyday citizen continues to lose economic and political ground, ever spiraling into suffering, bleakness and diminished opportunity.

Main Street has been conditioned to follow the lead and advice of the “Big Boys” who build, achieve and profit, and then stand as a beacon of light to show the way to others. This Warren Buffet strategy of buying stock and making money used to produce results for the masses that heeded the advice. However, the world is much different than it was before 9/11. Today, there is the never-ending War on Terror, rising International pressures and destructive social divisions among other trends, such as algorithm predictions and technology trends that have popped up and ruled the day. There is a very real need for a new method and strategy for investing. There needs to be a change from a “do what they say” mentality to one that aggressively seeks to do what they do. With all the sleight of hand tricks and deceptive speech used in the financial world today, it has become critical to economic survival that people no longer heed the words spoken by Wall Street gurus, but instead pay attention to what they are actually doing and follow their lead.

In the midst of this chaos brought about by decades of Bush, Clinton and Obama's politics comes the enigma of Donald J. Trump. I believe it is the first time in the modern era that the man who now sits in the Oval Office has been and continues to be an adversary of the deep state, rather than a tool of it. He is not a part of the establishment and has made obvious moves toward fighting it. The deep state, created in 1947 during the presidency of Harry S. Truman with the creation of the National Security Act in the waning months of World War II, is a root cause of the turbulence we are seeing play out today.

What is the deep state? It is that part of the government that lies beneath the surface and never changes, regardless of which party controls the White House or Congress. Today, it has spread out and become deeply rooted in many aspects of the government, including an intelligence community that has grown into a massively powerful entity taking on a life of its own with access to a host of information about everyone. The people running these departments can use new technology and the data they mine through it to manipulate officials, including the President, policies and all branches of government minimizing the checks and balances between the executive, legislative and judicial branches. Those who go off course from the acceptable agenda are denied information, embarrassed, slandered or otherwise defrocked of power and influence. Donald Trump has fallen victim to the forces of the deep state and he knows it. He also knows he has to stop it. The question is—will he be successful at stopping the deep state before they destroy him?

The United States used to sail a clear course. If all the countries where the solar system, America used to be the sun that they all revolved around. However, its position has shifted drastically over the past two decades and America is today like all the other planets, struggling and competing for that shining place of dominance with the likes of China and Russia. The abuse of power and the divisive politics have reached a tipping point. The abuses have been hidden for so long that if America continues on its current course, the empire of the United States will not be sustainable.

Liberty and justice for all as one nation, powerful, indivisible, with opportunity for all to live the American dream is the reason why my upcoming book “Capitalism from the Inside Out: How the 99% Can Build Wealth, Fight Crony Capitalism, and Restore America’s Promise” was written.  Readers need to understand the current trajectory that the United States is on, how it got off course the past 20 years and how it will lead to chaos and destruction if permitted to continue. A great deal of the collapse of the middle class stems from it being molded into a certain defeatist mindset.  More than ever, everyday Americans need to understand how to open their eyes in order to see the world differently, recognize the new frontier of opportunities and then take that information and effectively build a wealth mindset in the post-Obama era.

This book is intended to reshape analysis to better understand the current political and economic landscape and the policies that are propelling them. Learning how to identify the viable policies that will steer the country toward financial and economic vibrancy and how to support them so that progress can be made for prosperity, opportunity, war on terror, affordable and accessible healthcare, education, urban revitalization, registered immigrants part of the system, safely in the Age of Trump. We are literally on the verge of either winning the day and taking back the sovereignty, authority and prosperity for which the U.S. has been known for decades or collapsing into a one world globalist state of ever degrading muck and mire. The time to act is now.  Reframing the division between the left and the right to be unified and supporting wealth creation opportunity for all.

The 99%—those everyday citizens living and doing business on Main Street USA—are finding it difficult to hold their ground, much less make changes in an ever-changing and increasingly hostile social, political and economic environment. How can you make a difference in a world that is seemingly going mad? What can you do to ensure that the right policies are enacted and implemented? This book provides a roadmap of sorts that will allow you to effectively engage in the political process and hold President Trump accountable for achieving his populist message.

For those who want to see this nation restored to a place of greatness and for those who want to do more than simply survive these tumultuous times, the following information is both necessary and timely, outlining the pursuit of life, liberty and pursuit of happiness in today’s world. People can take the reins of their lives back and make their own decisions toward achieving prosperity and happiness, or they can continue to allow the rich and powerful to make those decisions for them. The problem is that the elite one percent have no concern for the well-being of the remaining 99% whom they just as soon leave wallowing in misery, poverty, and fear. We have been given a real chance to change the course of the nation from one of collapse and ruin to one of real hope, renewed prosperity and regained honor.

Posted by ziadkabdelnour at 03:42 No comments: