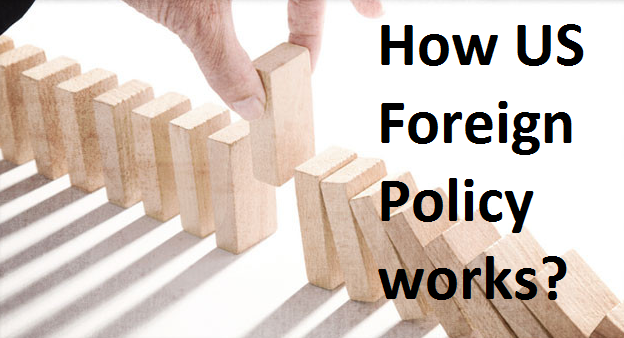 So do you want to know how US Foreign Policy works?

No one got it better than George Orwell; a very smart man who understood things about politics and governments that very few ever have before or since.

“The war is not meant to be won, it is meant to be continuous. Hierarchical society is only possible on the basis of poverty and ignorance. This new version is the past and no different past can ever have existed.

In principle the war effort is always planned to keep society on the brink of starvation. The war is waged by the ruling group against its own subjects and its object is not the victory over other nations, but to keep the very structure of society intact.”

“War is a way of shattering to pieces, or pouring into the stratosphere, or sinking in the depths of the sea, materials which might otherwise be used to make the masses too comfortable, and hence, in the long run, too intelligent.”

Bottom line folks: It is all about POWER – explicitly summarized in George Orwell’s most compelling paragraph of all and as per below: